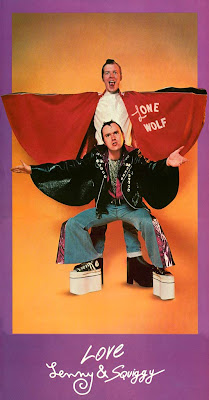 Don’t worry, the archive from Saturday is on it’s way.Â  I just thought I’d tell a little story while the mp3 is exporting…

Yesterday at work, a fan of the show sent me an email to let me know that Spinal Tap was about to go on NPR’s Talk of the Nation.Â  Needing some relief in an otherwise crazy day, I “tuned” it in on my computer.Â  They were just about to start as Neal Conan was asking me to “join the conversation” at the 800 #.Â  Ok, I thought, I’ve got a question that puts me in the know.

First try, I make it through to the screener who asks me what my question is.Â  (For you Think Tankers out there who have called the show for years, you may be wondering just what the hell a screener is.Â  I’m not telling.)Â  I stated my question and she seemed unclear…positively confused…and asked me to repeat, which I did.Â  She was stunned and stammering if she asked me if the basis of my question was really true.Â  I assured her that it truly was true.Â  “Then turn down your radio and you’ll be on the air.”Â  I waited patiently and was the first caller to be put through to Michael McKean, Harry Shearer, and Christopher Guest.

You’ll have to listen to the clip to get the rest of the story.Â  But suffice it to say that you know you are a dork when, after you hang up, you realized that you meant to say Goodbye Pop rather than Lemmings, and you scold yourself all day for your mistake.Â  Really, how could you?

Click Listen Now near the top of this page to hear Belinda speaking with Spinal Tap Unwigged on NPR’s Talk of the Nation.

Or try this mp3 below.Â  Be forewarned, it sounds like it’s inside a tin can…